Politics, Power and the Brain with Professor Ian Robertson

At the most recent event in NCI's series, In the Psychologist's Chair, scientist, psychologist and writer Professor Ian Robertson expanded on the Actonian aphorism: "Power tends to corrupt, and absolute power corrupts absolutely." His insights, and the mountain of data that he had to support it, were really quite impressive.

Robertson's premise was simple: that power, as the ability to control the needs, wants and feelings of someone, can lead to a sort of megalomaniac transformation within the cognitive processes of certain individuals. Empathy, as a result, becomes lacking, tunnel vision ensues, self-confidence rises, the chances of depression lower, and, as he says himself, "the powerful become much happier, internally or physiologically, than those who are ruled." 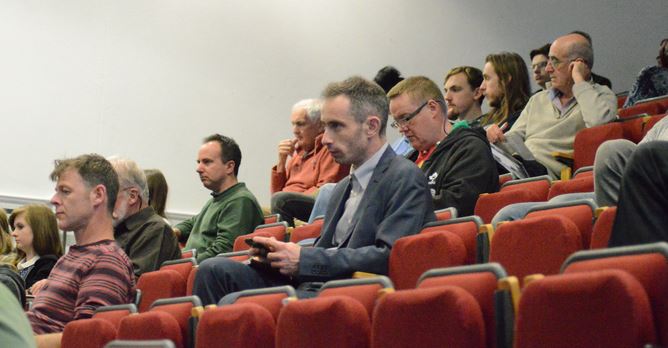 By way of explanation, Robertson pointed to one causal process that leads to this physiological change: the right hemisphere's creation of dopamine. "It's the same chemical that gets released when you gamble, get complimented, have sex or finally get that promotion," Robertson jested. Too much of this chemical cocktail can create what Robertson describes as a "self-serving dictator" - an individual found all too often in the higher echelons of business, medicine, research, academia, politics and many other fields.

An enlightening discussion proceeded for the last 20 minutes of the talk. Robertson, interestingly, advocated human institutions, systems and rules made to curtail, watch and ultimately contain power; for it is through power that mankind dominates and destroys its environment, conception of reality and the lives of fellow humans.