How To Get Your Head Around Artificial Intelligence & Machine Learning 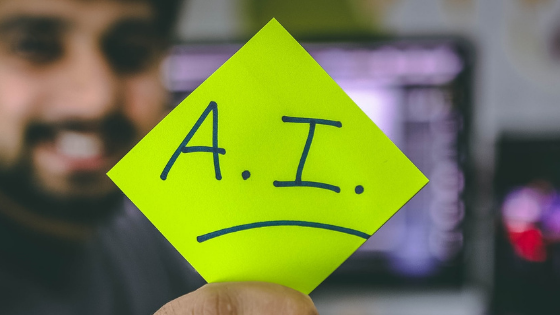 A lot of us have some idea of Artificial Intelligence (AI) - or at least think we do - if only from the movies. At its most sophisticated, we might think of the replicants in Blade Runner (with a bit of bioengineering thrown in), while considering Ex Machina or Chappie as more likely to become Science Fact within our lifetimes. However, often robots, even humanoid ones, don’t have Artificial Intelligence, they cannot read their surroundings and respond to them, but only perform a single pre-programmed task. These machines help us *do* things more quickly or carry out repetitive physical processes; AI helps us *think* more quickly, sorting through vast amounts of information.

Are the movies lying to us?

If you want an example in the movies that is more like how we are actually currently experiencing AI today, you need to go all the way back to 1968 and consider HAL in 2001: A Space Odyssey. This helpful presence lives within the spaceship’s circuits, using cameras and mics to observe, and speakers to respond, making everything function more easily for those on board, opening that door as you reach it rather than making you type in a code on a key pad - just like if you’ve chosen ‘facial recognition’ on your phone, you simply look at your phone and it unlocks, just for you, and you don’t need to enter codes or speak instructions.

What is Machine Learning and how does it fit with AI?

Most of us are less familiar with the term Machine Learning (ML) than we are with AI – however, a quick search at time of writing this post displayed 859 jobs in Ireland requiring knowledge in this area, so it is worth taking the time to understand it.

ML is a subset of AI – so, not all Artificial Intelligence relies on Machine Learning, but much of the AI we encounter every day does. ML allows a computer to process vast amounts of data very quickly, not just looking for patterns that a human operator has requested it to seek, but identifying patterns for itself, seeing trends and associations, and making decisions based on this analysis – nothing a human couldn’t eventually do themselves given the same raw data, but so much more quickly.

We’re all used to searching for a new frying pan and immediately having ads for frying pans pop up all over our news and social media – this is an example of AI, where your expressed need for a frying pan is being met by lots of suggestions of where you might find one. However, sometimes we are still getting ads long after we’ve bought a pan and what a waste of an advertising budget that is, as well as tedious for us.

ML, however, doesn’t necessarily fixate on your search for a frying pan. It looks at what previous customers did instead of or after they bought a pan, so you begin to see ads for silicon cooking utensils, guaranteed not to scratch your new non-stick pan, or maybe even for air fryers or another alternative product. ML lets AI learn from the patterns of other people who searched for frying pans, so that it can then try to anticipate what your *next* interest might be, rather than just continuing to hit you with frying pan ads.

You listened to X, so we think you’ll like Y

Think about how, after you’ve requested certain songs on Spotify, the recommendations of new music that you receive tend to suit your tastes. You are now engaging with a computer that doesn’t just intelligently do what you ask but learns from your preferences and anticipates what you might like to do in the future. 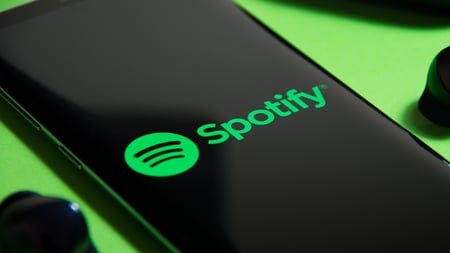 Is AI going to take over the world?

Famously, in 2001: A Space Odyssey, HAL realises that the crew intends shutting him down. When it comes to the possibility of being ‘killed’, HAL uses his decision-making abilities to protect himself, leading to deadly consequences for the humans on board, and the famous scene where he refuses a request to open the bay doors with the chilling line: “I’m afraid I can’t do that, Dave.”

This SciFi portrayal of AI entities developing self-awareness and becoming a threat to humanity is quite common, most famously Skynet in the Terminator franchise. This fictional bad reputation has led many people to fear AI – just as people feared the advances of the industrial revolution, when machines took on some heavier or more repetitive labour, and in the first technological revolution, when robots could more speedily and efficiently do precision work. When you examine it more closely, the cause of the fear we feel is usually not domination by machines but human redundancy – and what better way to ensure you don’t become redundant than to become the person building Artificial Intelligence!

Is AI going to change my job?

Spotify, in particular, throws up some interesting and very human issues, such as this tale of indie bands suddenly finding old tracks that their own fans liked least getting more regular play through recommendations, because they are more melodic with a more regular backbeat… more normal, so to speak, similar to more generally appealing, mainstream music rather than alternative punk or psychedelic rock; and this story of music that is deliberately written to perform well on Spotify, sometimes with the spammiest of outcomes. Both these articles express the fear that the power of AI could damage the integrity not just of how music is enjoyed, but of how it is written, and the very role of being a musician. This train of thought provokes some very interesting questions, both practical: how do we ensure artists are paid for their labour; and abstract: what is good music? 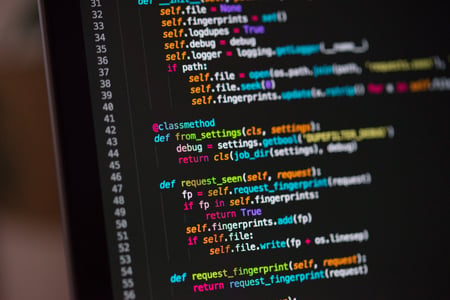 But what cannot be forgotten, while these wide-ranging and fascinating conversations are ongoing, is that AI is ultimately at the beck-and-call of the business that runs it, as is demonstrated when a business can easily interfere with the ‘organic’ impact of their own AI in order to make money from higher-performing artists. Even as we consider the implications of an algorithm being in charge or our musical taste, we witness human ingenuity gaming the machine, manipulating it to a more lucrative outcome.

This is a clear indication that if there is going to be a problem with Artificial Intelligence, it will most likely originate with humans, not with self-aware machines! And this is why, when you learn how to develop AI, you also study Ethics, learning not just ‘how do we do this?’ but also ‘should we do this?’ In particular, for Machine Learning, you also learn about the ethical use of data, including legal compliance and governance.

Thinking outside the box

It’s important to remember the playfulness of the human mind, and how often we do things ‘just for fun’, to provoke further thought or laughter or curiosity, as shown in this quick and good-humoured story about an artist, who manipulated the programming behind a particular AI to make a ‘found’ performance-art piece.

Humans ‘create’ for motivations we don’t even fully understand ourselves, often not operating from an existing logical position or to achieve a tangible purpose. Currently, AI is responsive to existing parameters, even when it is used in decision-making. As yet, it can only think inside the box we’ve built it in.

To get a good overview of the history and development of AI and where ML fits into it, watch this video of NCI’s own Dr Anu Sahni.

COVID-19 has caused a lot of movement in the working world, rendering some previously reliable job areas insecure. It is very easy for other people to suggest that you reskill, but not so straightforward a journey to make in your own head, to let get go of what might even be a passion rather than just a source of income, and to consider entering a different area – especially if it means undertaking a new learning curve – it can feel impossibly hard.

But if you find yourself intrigued by the problem-solving, creativity – and career prospects! – that come with expertise in AI/ML, there is a short course coming up in NCI that would allow you to dip your toe in the water. Designed with flexibility in mind, you could try a 12-week course in the Fundamentals of Software Development, which does exactly what its name suggests and puts you in a position to move further along a technological path. If you enjoy it, it leads directly onto a Higher Diploma in Computing, which offers a specialisation in AI/ML.

Knowledge that future-proofs your employability

Certain areas of expertise, such as AI/ML, are considered so ‘cutting edge’ as to provide you with ‘future proof’ employability – something everyone thinking about what they might study after school should consider. Currently identified as a ‘skills gaps’, where there are more jobs than suitably qualified people, courses in AI/ML are often part- or fully-government funded. If you are already out of school, whether in or out of employment, the Department of Further and Higher Education, Research, Innovation and Science has created a one-stop shop to help you choose the right course for you.

Learn about other cutting edge technologies: